I had this what if scenario pop in my head last night. What if all this documenting we’re doing, via camera phones, ustream, ipads, and “I” everything else – is a sub-conscious attempt to grab everything under a lense before it all blows up in front of us? As if we as a race, can feel the plug about to be pulled, whether it will be through nuclear annihilation, comet/asteoroid, or something else. We are producing the artifacts that the future of humanity will rely on, in order to piece together and come up with some formulation of our “past civilization”, in order to move forward. We’re doing this in order that humanity can progress, beyond any kind of massive attack we may be faced with in the future. Which could also be a tie into reincarnation, as we would want to come back to a place that was similar to when we were alive.
My generation (30 and younger) and generation’s younger are essentially sacrificing being alive, being in the moment, for the role of note taker, record recorder, and videographer. You see this with 90 percent of concert goers being their own documentarian for the evening, focusing more on 3 inches of screen, rather than the amazing musical display that is flesh and blood in front of them. A band they may never see again in person, yet they’re more content mostly preserving the evening for later viewing. But why? Why such a need to be this reporter? Is this just a new “Ken Burnsian” gene we’ve all acquired and we want to be the best documentarian on our block? Or does our planet face some extreme attack and only our electronics will somehow be salvagable for the few remaining humans that survive?

I also think all of this data mining is new to us, this ability to record and capture, and ability to file it away for presumably all eternity. It’s a new sensation for our brains to grasp. Where as before it was a given that you’d take in as much as you could from a live performance, then go home and recount the event in the finest of detail; Which I think forced people to acquire a stronger vocabulary, as the better story teller was the more fascinating and wanted person at any dinner party or gathering. It forced people to be more literate and imaginative. I mean the original movie star, before movie stars, was the author – the famous author that held private parties. High society always had their host of authors and historians on hand to entertain the crowds. Now it’s just point and click, don’t ask me, just watch. In this way we’re kind of reverting back to our ape like tendencies, as we say less, and act out more, just look at youtube. 2 minutes of extreme living, aka “jackass” scenarios, or any other daring stunt is becoming what our prime time entertainment revolves around. (Tosh.O – return of Fear Factor – Wacky stunt shows we’ve imported from Japan – UFC/MMA – list goes on)
I also believe we’re trying desperately to hold on to our physical bodies, as computers demand more of our minds and glue us to chairs. We’re putting our bodies through more challenges, to prove ourselves to this new world stage, and to prove that computers haven’t completely rendered our bodies useless, just yet.
Then there’s the potential idea that our facebook wall’s are repositories for our future selves, when we might be suffering from some dementia or Alzheimers. Maybe a unique way of remembering, with hopefully the right drugs to slow down the degrading process. Humans in general are very intuitive and I think most of this technology goes beyond the instant gratification of gaming and new apps to share with friends. I think it’s being created in as a way to insure future generations can pick up where we left off. Just a hunch.

I got my daily Iced coffee over at Dunkin Donuts and heard the girl at the window say to her coworker – “I feel like a zombie. I’m sick of doing this, I need to do something else.” Zombie Jane serving Dunkin International for the last 8 years. Pushing the legal drug of caffeine day after day, to stone eyed customers, frothing for their coffee like dogs do in anticipation of their first bowl of chow. “It would be impossible to start my day without coffee, I NEED IT!.” So it goes with legal and illegal “natural” substances in 2011, that are regulated by people just like you and me. I want to know where these closed door meetings occur, when natural substance A is deemed legal (caffeine, alcohol, pharmaceuticals) and natural substance B (marijuana, earth encrusted “mushrooms”, and refined poppy seeds) are deemed illegal. I just want a webcam inside of this room as the arguments take place. Just for entertainment fodder, something for Jon Stewart to riff on.

But back to Zombie Jane. What is that defining moment when she fully embraced her rank in the zombie union? Does she say this everyday at work, annoying her coworkers who have just turned a deaf ear to it? Either way, a non-flesh eating zombie, is some how much more threatening and unpredictable. A zombie that exists only in the mind and has the outward appearance of a real person you’d see in a Sears catalog, is more unnerving. You understand a black eyed zombie, with ooze coming out of its mouth. You’d just hypothetically reach for a shotgun and make the quick decision to shoot it down. I kind of like when people say their jobs suck in front of customers, it’s sort of entertaining. I think there are too many people that roll over and accept menial, physical work, when they might have much more to offer. Maybe she’s waiting for that one customer that will encourage her to move on or work for them. Hey as long as she gets my order right, I’m on board.

Then there’s the salivating weathermen, who lustily rear up for any kind of natural disaster, as we saw with the recent Hurricane Irene. Ratings, ratings, ratings, and hey! people remembering that the weather channel still exists. The weather people get to dole out all their best outfits, women get facials, maybe a new haircut, and the men might do a few bench presses or run on the treadmill a bit longer as they get ready for “non stop coverage” of something that will probably never live up to their bold predictions. Then of course there’s the bold, mad genius hurricane tracker, the elder statesman of the weather room. “Now we turn to Dr. Larry Crabtree.” He’s usually bald, looks very intense into the camera, and gets to stretch out his meteorological vocabulary. (Hey Ma, that Ivy league schooling is paying off, I’m on the TV!) 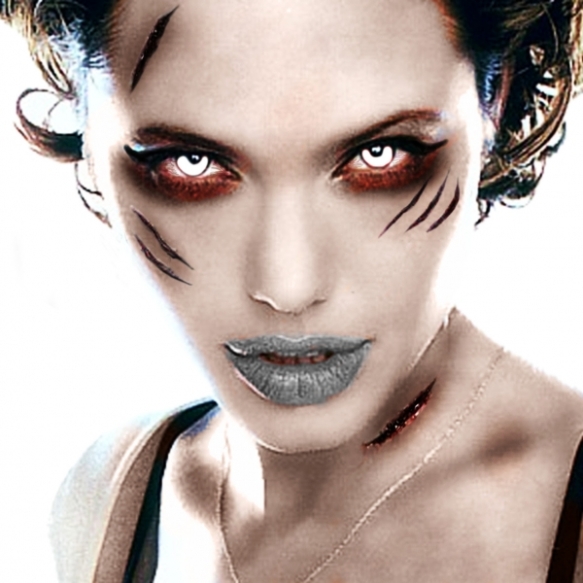 There’s this veiled hope that shit “really” does hit the fan, and it seems to be channeled throughout our American culture and I’m sure cultures abroad. We’re officially in pre-Y2K territory with Dec. 21, 2012 approaching. There’s this hope for catastrophe that may force us to feel real emotion or physical pain again, as we drift further into the abyss of the depersonalized networked web. A good amount of apocalyptic catastrophe would be painful on the surface, but deep down inside there’d be this caveman strain rejoicing that things might take a few steps back, the future is after all rather scary right now – with all its emerging technologies.

This kind of May 21, 2011 biblical revelation would give us a chance to be genuinely empathetic towards each other. It’s like we need this grand reason to really care for people. A WWII, 10-15 year scenario of uniting us as a common force.

Zombie Jane at Dunkin International. Is she just a byproduct of hollywood zombie lexicon? Or does she really just identify herself as reaching a state of apathetic resignation within society? A mental zombie, constantly reaching out for some human recognition. I’d say more courageous than someone that stuffs all indifference/confusion inside until they actually become a zombie, probably without ever realizing it.

Holographic technology on the rise in pop culture. Plus I remember on election night ’08 on CNN, several hologram presentations were used.